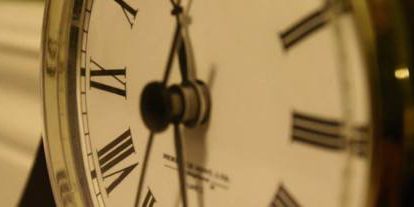 In my Dojo there are four Japanese Kanji characters found framed in a place of prominence. These characters represent the four possessions of the Samurai: Honour, Integrity, Loyalty, and Time.
If we think about it, Time is truly the one possession we cannot do without, and is therefore in my opinion the most valuable. The term possession accepts an ownership by someone or something. Whatever you possess you hold dominion over.
From the Samurai perspective the possession of time is perishable. Unlike physical possession that you can replace, when time is lost it is gone forever. In my opinion one of the most acts a person can commit is to waste the time of another or worse that of a group’s.
Time moves in a constant forward direction, in life there is no pause or rewind. In the business world being late is a major faux pas that has lost many tardy sales people some major contracts. At the Dojo I operate on “Goju time” – which is 15 minutes early for the rest of the world. This is a strategic approach designed to compensate for the unforeseen.

“Half our life is spent trying to find something to do with the time we have rushed through life trying to save.”
Will Rogers

“A man with a watch knows what time it is. A man with two watches is never sure.”
Segal’s Law