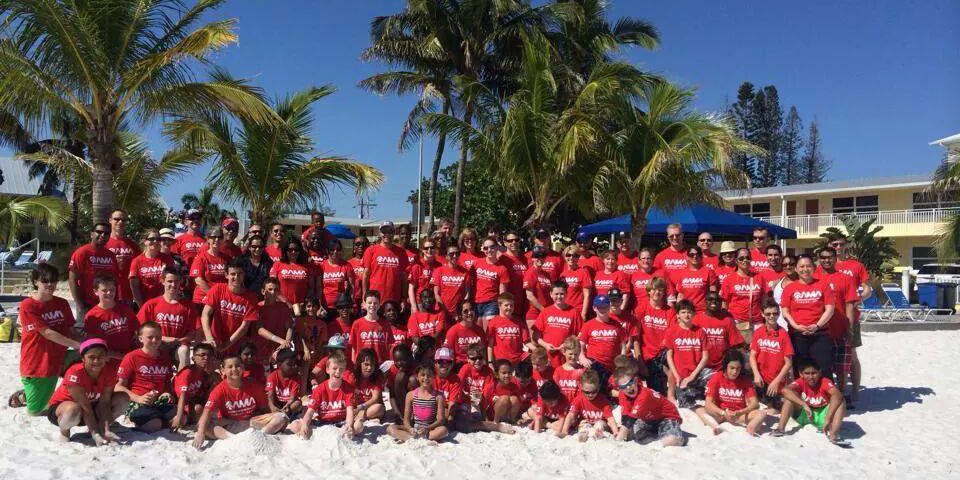 The Academy of Martial Arts Rep Team season just came to an end. It was a great year with plenty of amazing tournaments, including one in Fort Myers, Florida. The yearend competition was hosted by the Naples Academy of Martial Arts. Brampton flew down with 37 competitors. Our Mississauga branch arrived with 8. What stood out the most was the support crew that came down with the competitors. 120 family members and friends came to cheer and drive our students to many medals. Some families made a week of it, either flying in early or coming back later in the week.

We weren’t just a bunch of separate families, but we became one large AMA family. The AMA family supported all its children, brandishing t-shirts with “Team Canada” across the back and wielding tall, red and white signs. The bonds this trip has created, not just between the competitors but from parent to parent, aunt to aunt, uncle to uncle, sister to sister and brothers to brother, is a bond that is more valuable than they can imagine.

I thought everyone would in bed and resting the night before a big tournament. But no! Not a chance! Not when they’re on vacation with 100 of their closest friends. Everyone spent the next few hours hanging out by the pool.

Saturday the kids performed their bests, placing high in the rankings and making a good name for us Canadians. We went straight to the beach for a surprise belt presentation after the tournament. 15 belts were handed out to some of the very hard working members. If you’re looking to make life-long friends and travel the world while doing so, join our AMA family!