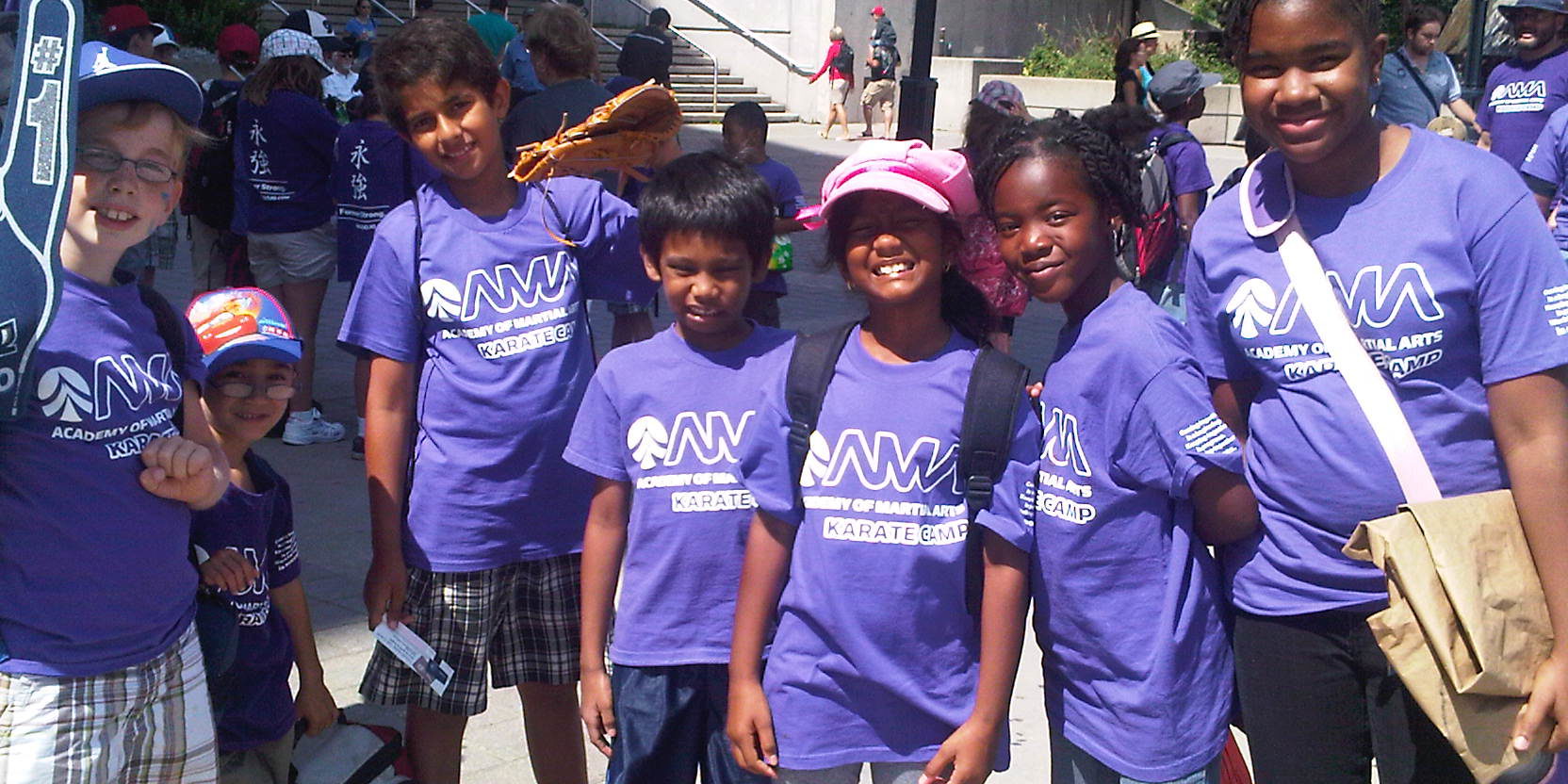 I have two brothers. Like all siblings, we used to play street hockey, swim in our pool, make forts in the basement while Mom brought us lunch and get into too much mischief. They were and still are my first friends.

My parents decided to sign me up for Karate Camp one summer. WOW, I remember thinking, how had I been missing out on all this awesomeness? Camp made playing with my brothers boring! Imagine that!

My first day of camp I was shy. I didn’t know anybody and the people there were so big! By the end of the day I had made friends, learned some camp songs to annoy my brothers and was exhausted from a day of karate, playing games at the park, swimming and crafts.

My parents enrolled my brothers and I in a bunch of camps throughout the summer. There was Sleepover Camp, Girl Guide Camp (my brothers didn’t go to this one, don’t worry!), City Camps, YMCA Camp, Canoe Tripping Camp and Karate Camp. All of them gave different experiences and friendships. Karate Camp was one we begged to go back to. Every Tuesday we sat at the foot of the couch in the living room and asked if we were going to karate camp in the morning.

I ended up going to College and University for Recreation and Leisure Services. I’m now in a position to teach many children the timeless life skills I had learnt. I now organize the Karate Camps I had been doing my entire childhood. It’s my goal to make sure each and every camper has a blast and is asking their Mom and Dad if they can go back next week.

Of course Karate Camp gave me new friendships (one of them is even a bridesmaid at my wedding!), taught me many games, crafts and songs, and showed me how to defend myself. Karate Camp also gave me confidence, a voice, and the passion for life that I have now. Why wouldn’t I want to share that?