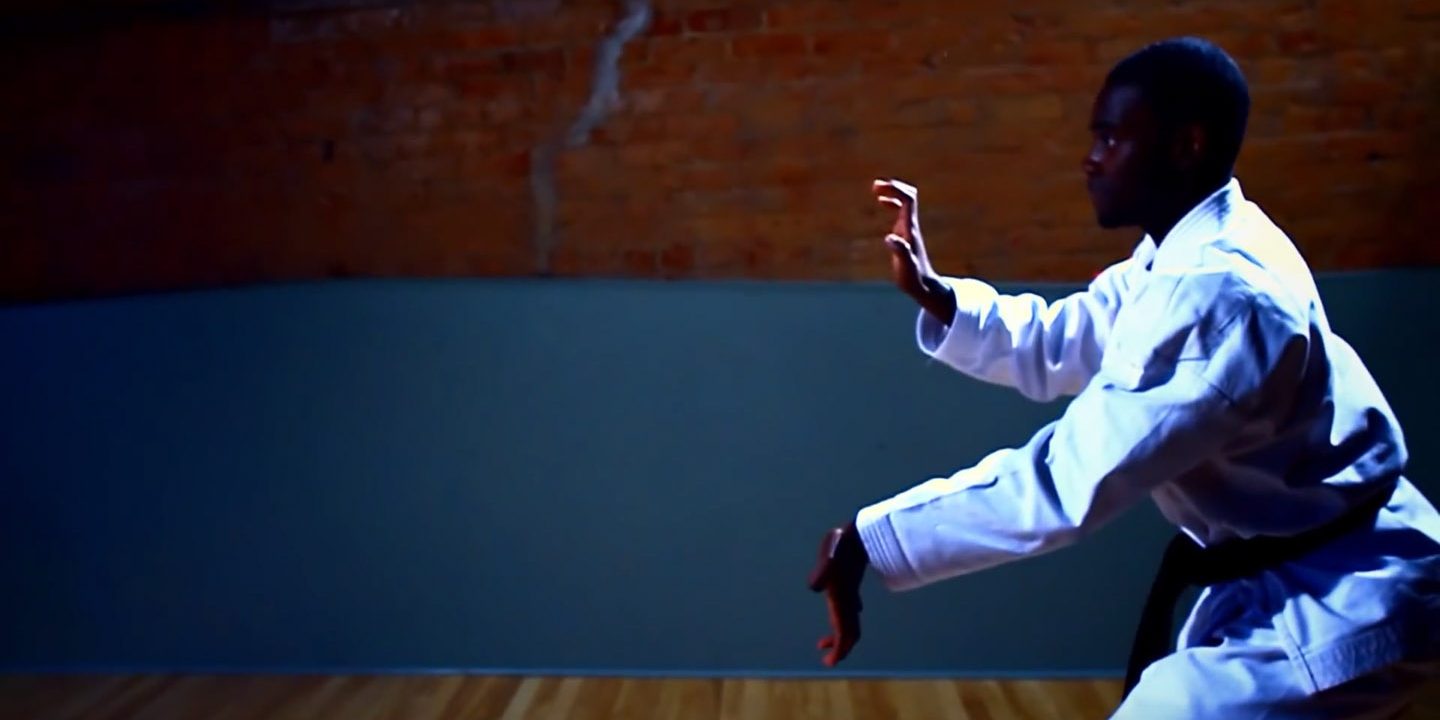 Miyagi Chojun was born to a wealthy family in Naha, Okinawa on April 25, 1888. He began training in Karate at the age of 11, and soon was the personal disciple of Higashionna Sensei. Miyagi Chojun trained in Naha-te for many years under Higashionna Sensei. After the death of his Sensei, Miyagi Chojun turned to his natural surroundings for inspiration and began training in close contact with nature. Shortly thereafter Miyagi Chojun, as his teacher had done before him, traveled to central China where he studied the martial arts of that nation; including Pa Kua and the practices of Zen.

Returning to Okinawa, Miyagi Chojun began to formulate the Goju Ryu system. He utilized the strong snap techniques of Naha-te, taught to him by Higashionna Sensei, and blended them with the soft elements of the Chinese arts. After Goju had been established, it was necessary for a symbolic insignia. Miyagi Sensei created the insignia for Goju, simply by copying his own clenched fist. This symbol is still in use today.

The word Goju means hard and soft. “Go” is Japanese for hard and “Ju” means soft. Goju is based on an Oriental concept that all hardness and stiffness is not good; neither is all softness and gentleness. Instead, the two should complement and balance each other. It is this balance that Miyagi Chojun strived for in the development of Goju.

From Okinawa, Karate was introduced to the Japanese in 1922. The Goju system of Karate followed shortly thereafter, where it was embraced by Gogen Yamaguchi. Becoming a student of Goju, Gogen Yamaguchi would later establish the first Japanese Goju Dojo in 1930. Under his leadership, the Goju system would spread out across the nation.

Yamaguchi Sensei was not only a student of Goju, but would become an innovator as well. He would be responsible for fundamental changes in the Goju school that dramatically altered the course of Karate. Observing his students, Gogen Yamaguchi concluded that the Okinawan style of Karate was too static and limited. Believing that the practice steps in sparring inhibited too many students; Yamaguchi Sensei, devised a free style of sparring similar to boxing. This new form of sparring would eventually progress into Jiyu Kumite, which lends itself to the competitive element of modern Karate. Gogen Yamaguchi’s many contributions to Karate eventually lead to a unique form of Japanese Goju, similar yet different from its Okinawan roots.

In 1930, Karate was admitted into the Butoku-Kai, the official government headquarters for the Japanese martial arts. The Karate style of Miyagi Sensei was formally registered as Goju Ryu at the Butoku-Kai in 1933.