Getting the Most Out of After-School Karate 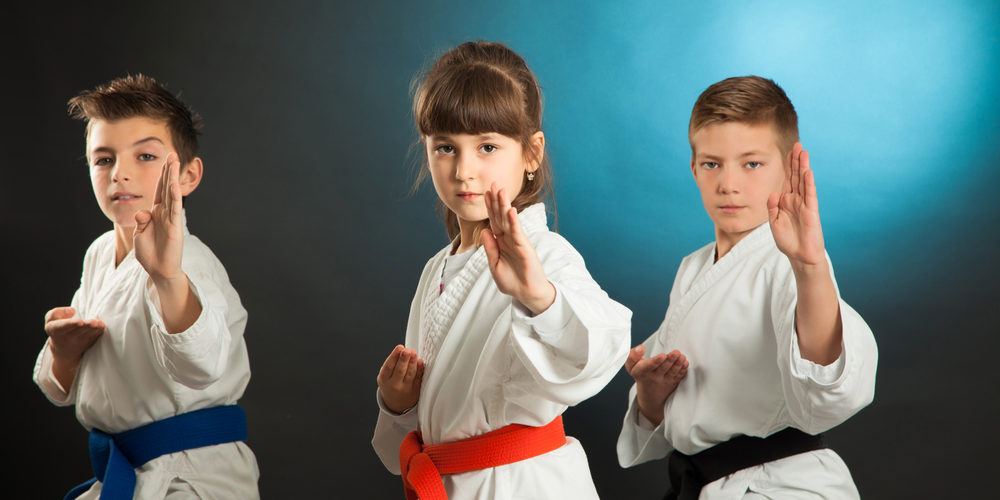 It’s getting harder and harder to get kids interested in after-school activities. If your kids don’t come home after school and plunk themselves on the couch to watch TV or play video games, they just zonk out in front of their iPhones until dinner time. Unfortunately, these patterns are having a negative effect on our young people.

Not only are they finding it more and more challenging to interact on a personal level with one another because of all the time that they spend communicating through technology, but they are also getting heavier and less healthy as days go by. We are looking at a real obesity epidemic in Canada, and a lot of it has to do with the fact that most people are spending a lot more time on their couch or computer chair than outside or in organized after-school activities. January is Obesity Awareness Month, and at The Academy of Martial Arts we take this concern seriously.

The obesity epidemic is a “big picture” problem, but there are small, actionable changes that we can all make to change the story. One small yet transformative change is signing your child up for an after-school karate class.

Here are just a few things you’ll want to focus on to really get the most out of these after-school karate activities!

One of the biggest mistakes that parents make when they are looking to get their children interested in an after-school activity like karate is only signing them up for an introductory class as opposed to a block of classes.

Sure, it might sound like a great deal at first – after all, it would be nice to know that your kids are going to be into karate without having to spend a lot of money ahead of time. Buf if you don’t commit on a longer term, it makes it easier to fall out of the routine and flop back down on the couch.

By committing to ten classes (maybe ten weeks), you really give your kids the opportunity to transform karate from a passing interest into a habit, and you open up the opportunity to really cement this into a lifestyle choice that will keep them happy, healthy, and well-adjusted.

Even though it is going to be absolutely impossible for every karate school out there to tailor their classes or their schedules to your specific child’s needs, there are going to be situations where they’ll be able to accommodate your child – especially in there are special issues that need to be addressed.

Just make sure that you communicate clearly with the staff so that they know exactly what’s going on ahead of time, giving them every opportunity to create all-inclusive programs that make sure any special needs children feel as much a part of the dojo as everyone else.

Lead by example with family karate

Your kids look up to you and follow in your footsteps. Why not blaze a trail to happy, healthy, balanced, and active adulthood by signing up for karate classes of your own? The whole family can practice routines together. Plus, the mental benefits of karate like focus, discipline, and respect would benefit every household.

Take charge and make a change by signing up your child for after-school karate at your nearest AMA location – and don’t forget to sign yourself up while you’re at it.