5 Compelling Reasons to Compete in a Karate Tournament 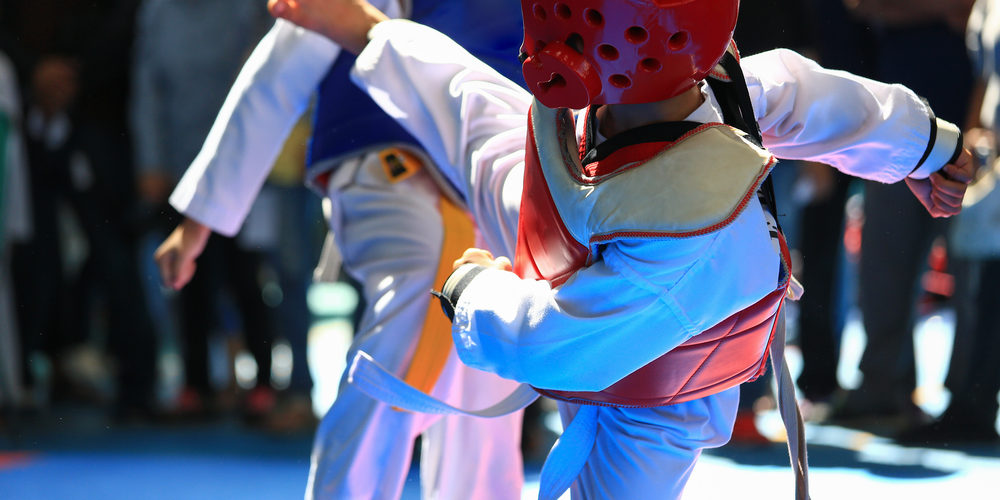 Whether you’re training your karate skills as an adult or your child is a karate kid, there is a lot to be said for taking karate out of the practice ring and onto the tournament floor. Here are five compelling reasons why you should register yourself or your child for an upcoming karate tournament:

Test Your Skills
Karate makes everything better and instills students with many strong characteristics. Honing your confidence, self-esteem, and physical coordination is a worthy goal, but developing advanced karate skills is also important. Imagine memorizing the world capitals but never writing a geography test, or perfecting a piano piece but never performing it on stage. A karate tournament is an opportunity to test your kicks, punches, combos, and positions in an intense but rewarding environment. “I’m not afraid to go after what I want, and stumble while doing it, because I know my karate training will be there to push me through,” says wife, mother, professional accountant, and martial artist Nicole Stewart.

Challenge Yourself Against New Opponents
You develop strong bonds with the other students in your class, but after many sessions of sparring with the same opponents, you start to know all their tricks. You know to spin away from Josh’s go-to powerful sidekick or use Jenny’s insistence on making the first move to your advantage. You can perfect your moves against these familiar opponents, but you can also fall into a rut. Playing against new opponents in a karate tournament will keep your instincts sharp and give you a whole new perspective.

The World Outside the Dojo
Your local AMA location is a comfortable and warm environment, and every time you visit you are greeted by supportive instructors and fellow students invested in your success. At the same time, you want to show your children that there is a wide world beyond the local martial arts academy. Whether you are headed to a tournament in downtown Toronto or go on a road trip another city, province, or country, karate tournaments present a great opportunity to see what’s out there in the world.

Build Team Spirit
When you compete in a karate tournament, you are acting as a representative of your home dojo. All of your classmates and instructors are rooting for your success as you compete against other martial artists from across the city or around the world. There is a great feeling of pride whether you win or lose, because you have done your friends and instructors proud with your spirit and performance.

Build Character
You can learn a lot regardless of the result and bring that experience with you back home or to future tournaments. Winning isn’t the goal, it is the byproduct of preparation, focus, and determination. You will build important character traits like humility and self-esteem. According to Nicole Stewart, karate “pushes me to physical and mental limits, both revealing and adding to my character.”
Don’t sit on the sidelines any longer. Put your hard work to the test and register to compete in an upcoming karate tournament in your area.